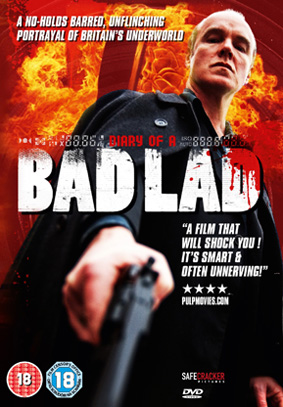 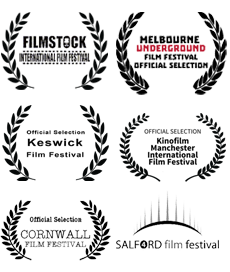 Diary of a Bad Lad on IMDb

Diary of a Bad Lad

A ragtag group of students, led by frustrated filmmaker Barry Lick, attempt to make a documentary about a local businessman who they believe is involved in property rackets, prostitution, pornography and drugs.

They soon meet the psychotic Tommy Morghen who agrees to take them on a journey to the murky depths of the criminal underworld where morality and media ethics take a backseat. It's not long before Barry and his inexperienced film crew become complicit in the crimes that they are documenting.

Diary of a Bad Lad has been distributed in the United Kingdom and Hong Kong. It was also released on DVD in Argentina under the title Diario de un Chico Malo.

"Clever, smart and unsettling all rolled into one. It’s horror in a different light with a range of extremes that don’t overpower but hit you with a brick when they arrive." Horrornews.net

"A film that will shock you, make you laugh and, above all make you think. It is smart, well executed and often unnerving." Pulpmovies.com

"A prime example of the innovative, uniquely imagined films being brought to life in the vibrant world of independent film." The Independent Critic

"Director Michael Booth is clearly a talent to watch out for." Moviegrrl Reviews

"If this film had have been made back in the day of the old video nasties witch hunt times it definitely would have been banned or severely cut. Yep its raw, but great!." Jonny's Cult Reviews

"I found myself so deeply engaged into the film’s plot that I at more than one occasion completely forgot I was watching a movie that plays out as a documentary and not an actual documentary." TCW Reviews

"Full of tension and pathos, which proves you don’t have to spend a fortune to make a truly memorable, original film." South Wales Argus